The government regulates which foods can be labeled “organic.” But what about food labeled “natural”?

Late last year, the Food and Drug Administration began accepting public comments on the use of the term natural in food labeling. The comment period closed in May, after the agency gathered some 7,600 thoughts on the topic.

It may take FDA administrators months or years to sort through the pile. But using Quid, we analyzed the comments in just a few minutes and found that certain segments of the American public had strong feelings about the word.

First was the anti-GMO crowd. Quid showed us that the acronym GMO, for genetically modified organism, showed up 1,808 times in the network, and the phrase “genetically modified” another 694 times. In fact, 7 main clusters -- a significant chunk of the network -- had GMOs or genetic modification as a central theme. A representative comment from this set: “GMOs should not be allowed in food that is labeled ‘natural,’” one commenter wrote. “It is untruthful and a misrepresentation. Natural meat, eggs, and dairy should not come from animals treated with antibiotics or fed GMO feed.”

It turns out the anti-GMO thread may have been fueled by a series of articles in Consumer Reports, which conducted a survey to assess consumer opinions about the word “natural” on food labels. In subsequent articles, Consumer Reports encouraged readers to send their thoughts to the FDA. 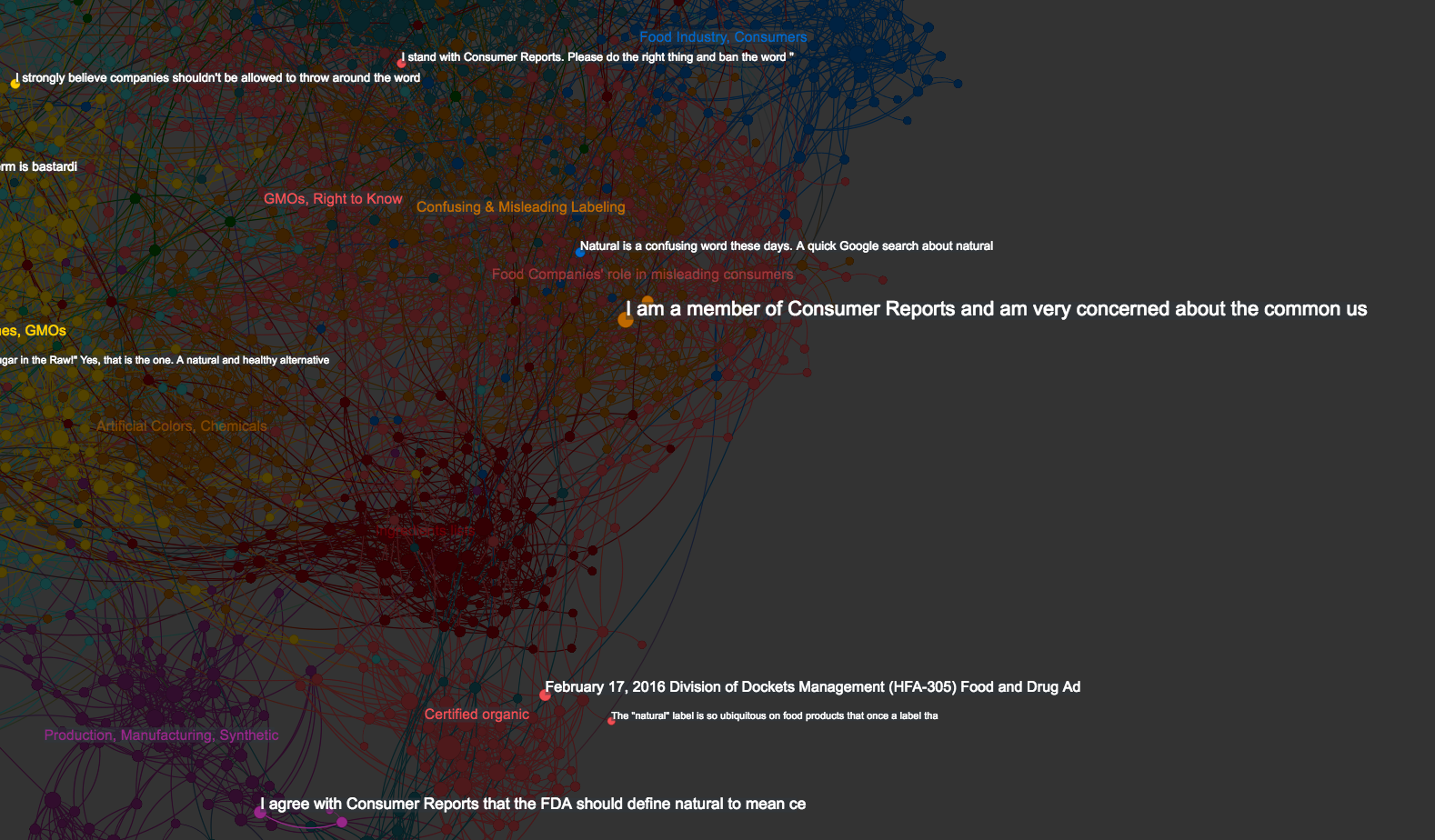 Some commenters in the FDA dataset even referenced Consumer Reports. 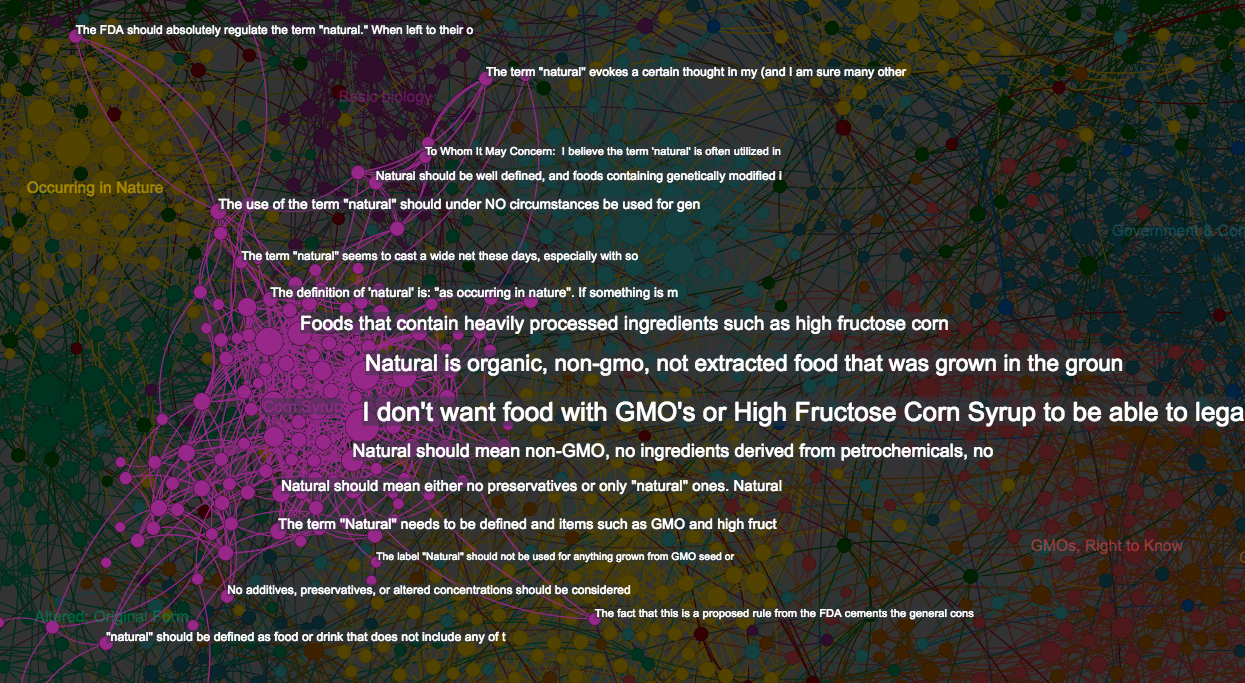 Commenters had long lists of food products they believe should not be called natural, everything from Kraft macaroni and cheese dinner boxes to Dole fruit cups to Girl Scout cookies. One ingredient -- corn syrup, specifically high-fructose corn syrup -- showed up in enough comments that it generated its own cluster.

Not everyone who submitted thoughts to the FDA believed regulating “natural” was the right move. “Instead of wasting money and time coming up with an extraneous second label like "Natural," the term "organic" ought to be improved,” one commenter wrote. Another said: “Not defining ‘natural’ is the technically correct thing to do as everything is natural.” "’Natural’" is such a generic term that it has become meaningless,” another wrote. “I believe that the word natural should be removed from labeling and a more informative label should be used to actually alert concerned consumers as to what they are actually buying.”

To be sure, our initial analysis barely skimmed the surface. If a company was interested in, for example, determining whether men or women are more concerned about the word “natural,” Quid could show that using comment metadata. And to further analyze anti-GMO sentiment, Quid’s sub-clustering function could show more subtle themes, like whether more consumers object to GMOs for health reasons or for moral or other reasons. A keyword analysis would also reveal the top words used in any cluster, from hormones to specific food additives.