The grocery industry did a double take after Amazon’s announcement last week that it intends to buy Whole Foods, a move that also has food manufacturers shaking in their boots.

At Quid, we wondered: who else is part of the conversation around organic food? A few of the top players in the news were surprising. 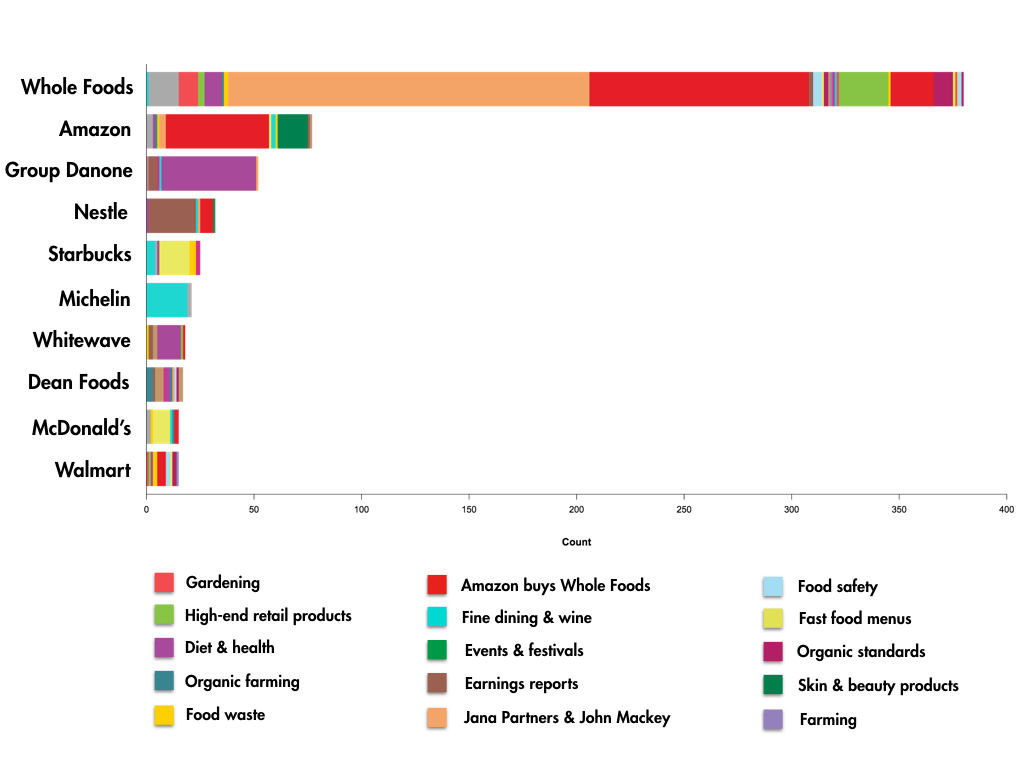 The first interesting note: Whole Foods has dominated the conversation in the past year, not only because of its sale to Amazon but also because it’s been a rough stretch for the company. The organic grocery chain announced massive layoffs in 2015, then had less-than-stellar performance for much of last year. In Quid, we can see that the company’s various recent strategies have included moving into meal kits, marketing to Millennials, and opening lower-priced stores. (See our in-depth analysis of Whole Foods’ woes here.)

Then there’s Walmart, now touted as a possible rival to Amazon in buying Whole Foods. While analysts speculate that buying Whole Foods could give a boost to Walmart’s online retail presence, others say the world’s largest retailer (and its biggest grocer) has nothing to fear over the merger.