President Trump’s plans to trade record-high budget cuts at the Environmental Protection Agency (EPA) for increases in defense spending made headlines after the release of his proposed budget in early March 2017.

At the Environmental Defense Fund (EDF), our marketing and communications teams wanted to see how the EPA budget cuts were being covered in the media to study which messages were most engaging to constituents.

Preliminary survey results that we collected suggested that the general public was more receptive to health-related messaging; however, we wanted to better understand the entire media landscape around the topic. To explore the health angle and other prominent themes around cuts to the EPA’s budget, EDF used Quid to analyze relevant articles within a four-month period following Trump’s 2017 announcement.

Quid leverages natural language processing and machine learning algorithms to read thousands of news articles and blog posts and group them based on common language and keywords. Clustered topics can be further analyzed by their publication and social engagement rates, as well as the top media outlets and reporters covering them.

More than 4,500 articles mentioned the EPA budget or funding from May 25th to September 25th, 2017. Seen below, Quid displays the results as a network and shows the connections between specific articles and topic clusters based on the lines and distance between article nodes. 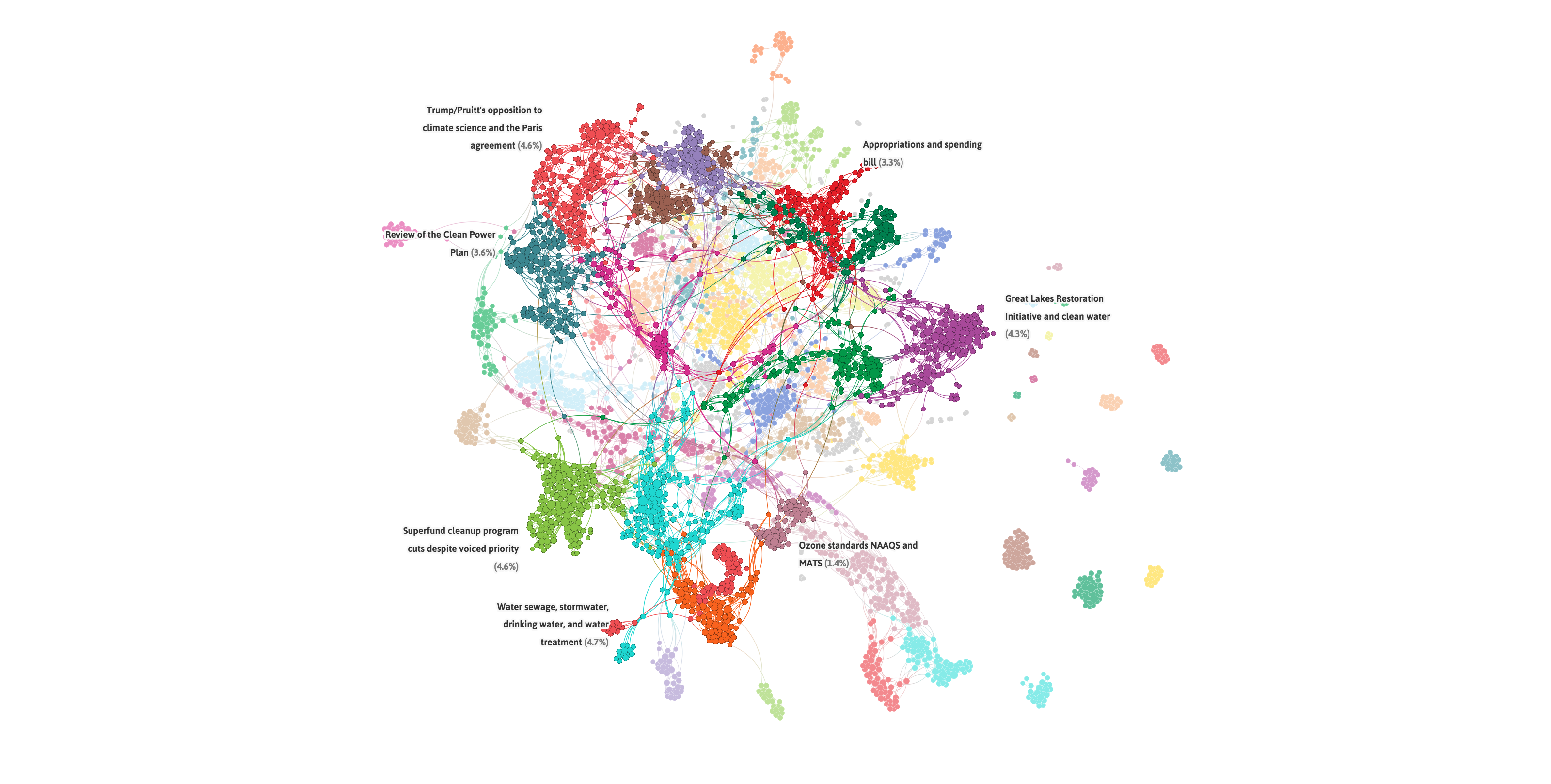 Two prominent keywords—health and climate—were used to further filter the results. With Quid’s tagging feature, we separated these remaining articles into three main buckets: stories that mentioned health-only, climate-only, or both health and climate. From there, we looked at how each bucket performed in terms of published count and social engagement, and then which outlets had produced the most engaging content.

For the total number of articles published, the health-only angle outperformed the other two angles by a wide margin. When covering the EPA budget cuts during this time period, we found that the media chose to focus more on potential health impacts, rather than impacts to the climate or widening their analysis to cover a combination of the two. 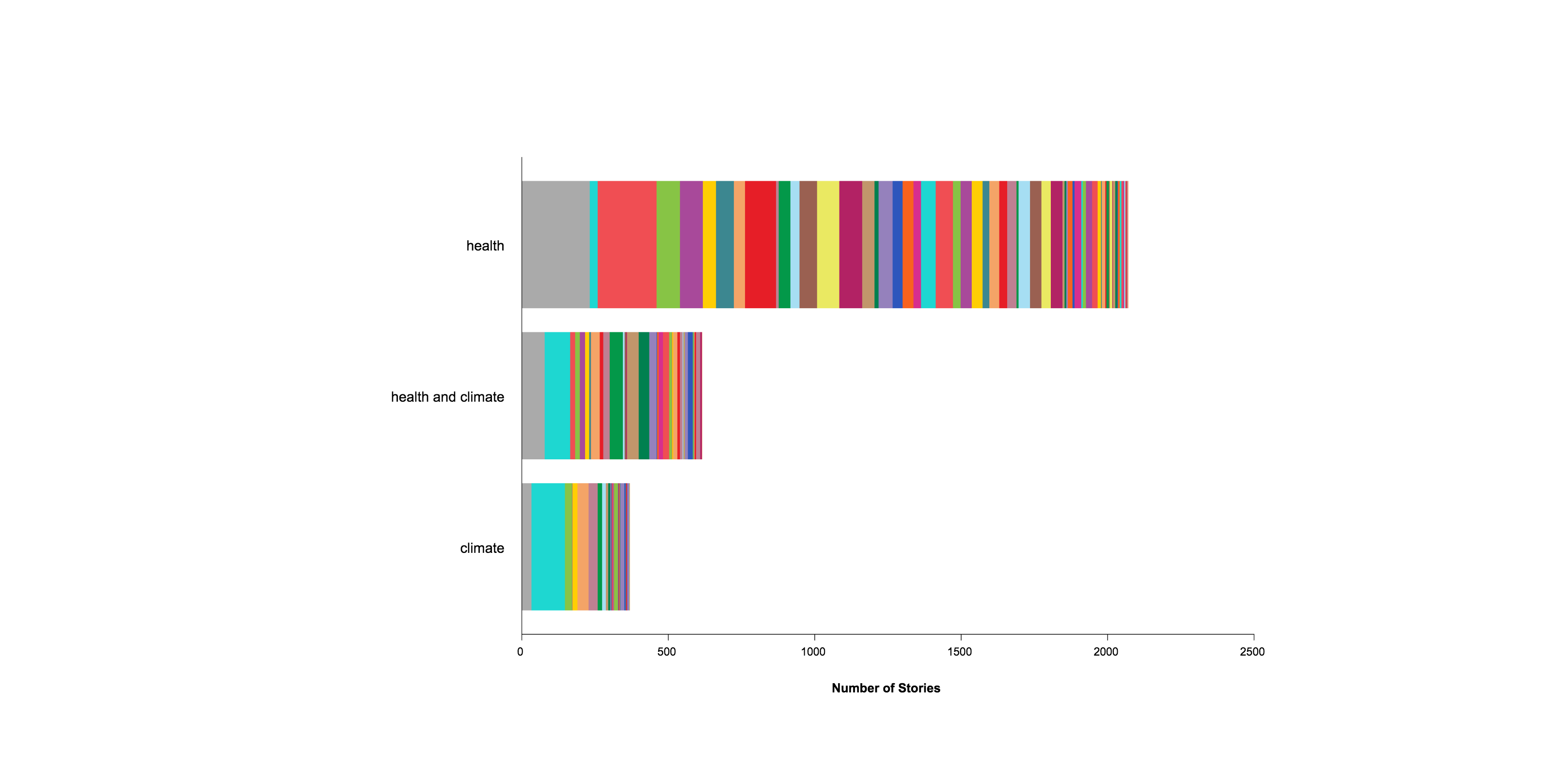 The color of the bars below identifies the outlets that published the articles, so those with high social sharing are seen clearly. For example, the maroon block next to health and climate is a single article published in the San Francisco Chronicle. The brown blocks are articles from The Hill, while the turquoise are The Washington Post 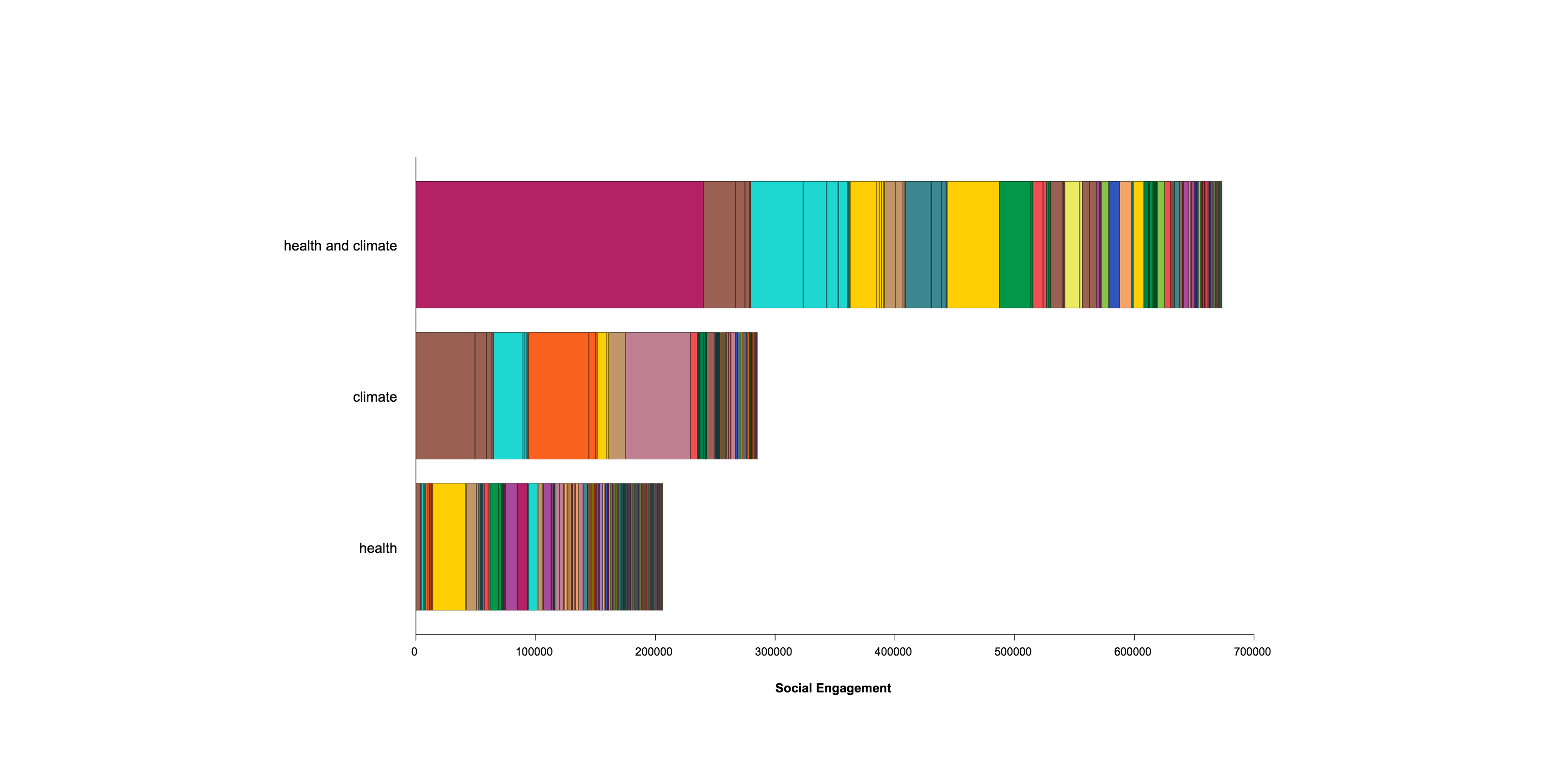 This level of detail helps inform our strategy when it comes to deciding which angles to pitch to different outlets. For example, the Daily Kos or PBS Newshour might be a good fit for a climate-related pitch, since their published content reflects a heavy emphasis on that angle. The Hill, while more varied in topics covered, gets higher overall social engagement and may also be a good option. 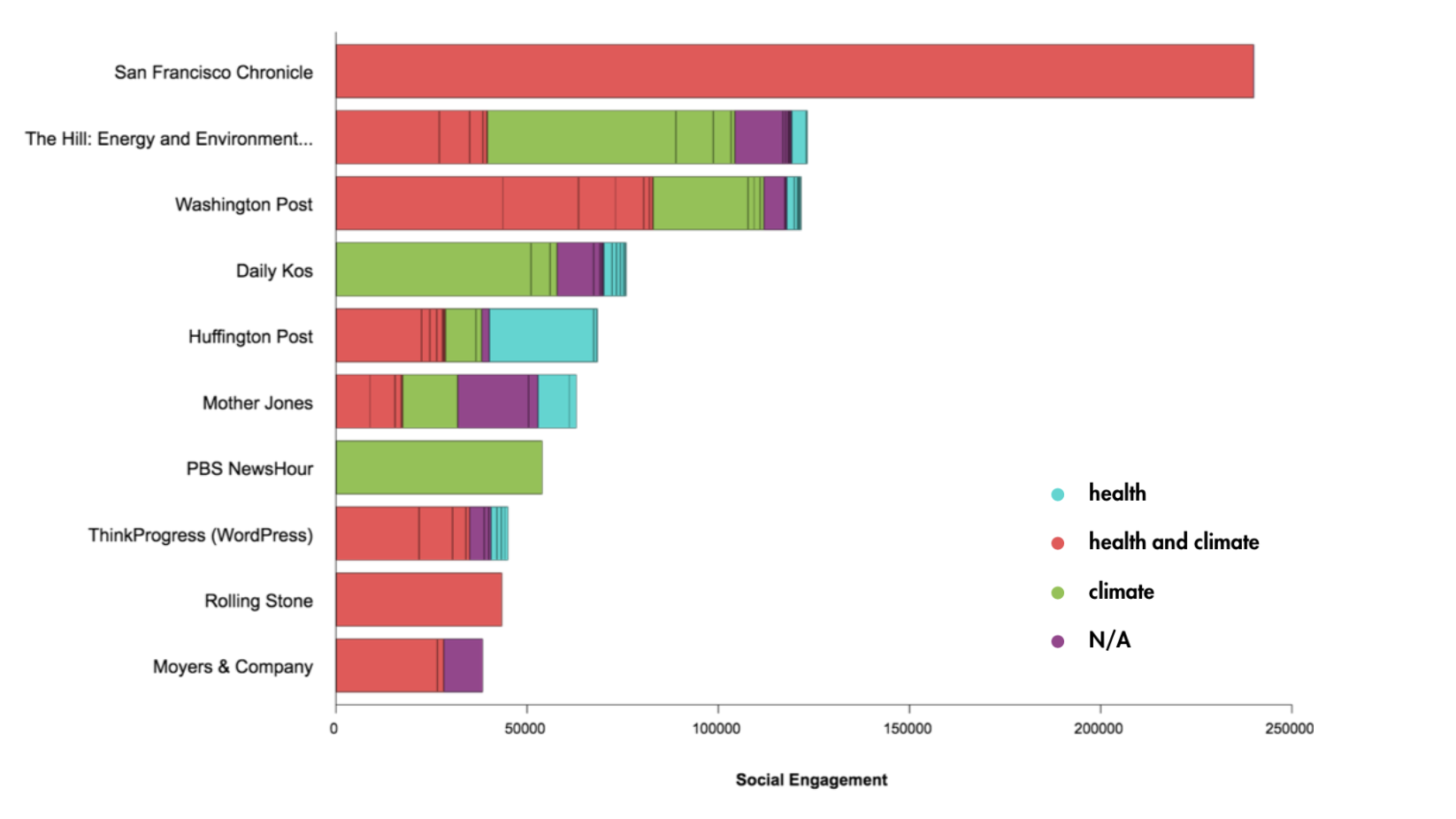 Quid confirmed and widened the scope of our team’s preliminary survey findings. These results gave us specific examples of how messages should be framed to reach specific audiences and which reporters and outlets to pitch to in order to maximize targeted outreach efforts. EDF continues to use the platform to inform our earned media strategy.