When it comes to understanding and moving in tandem with consumer trends, one would think Hollywood had its pulse. But, interestingly, it seems that fantastically famous folk can become a tad out of touch with “the people” from time to time. Social listening shows how the Oscars’ attempt at inclusivity failed – and why your brand cannot!

CONVERSATION INDICATORS THAT ALL BRANDS NEED

How consumers are talking about your brand is very important, as it’s what comes up in search results when people look for you. And when it comes to brands, much like their love of movies, consumers/viewers have a lot to say. Our text analysis software captures market intelligence around the topic: 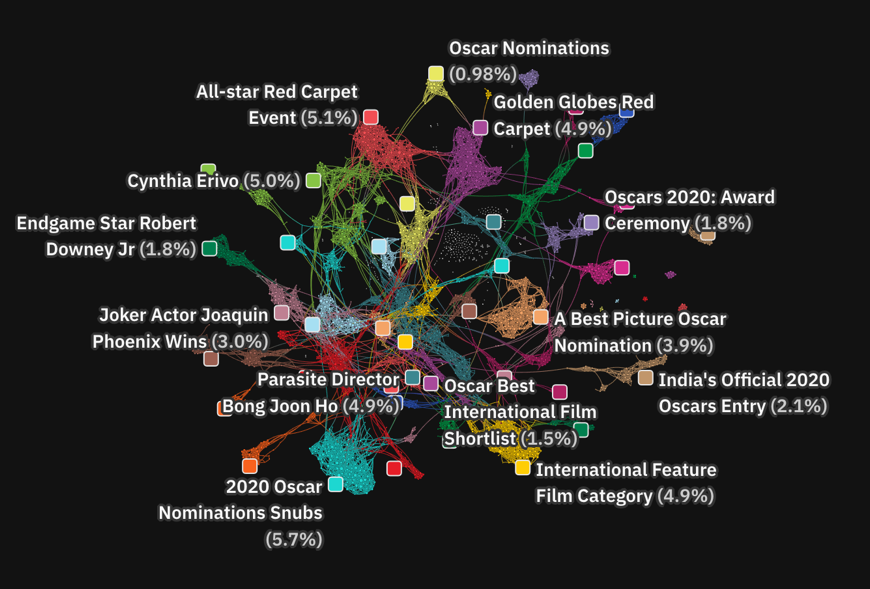 And our sentiment analysis tool offers ‘top terms by sentiment’ and ‘top emotions.’ This uncovers insight around which conversations are happening most often, and if they’re trending positive or negative. Here, we see largely positive conversation captured. And that means all is well on the Academy’s front then, hmm? Not quite: 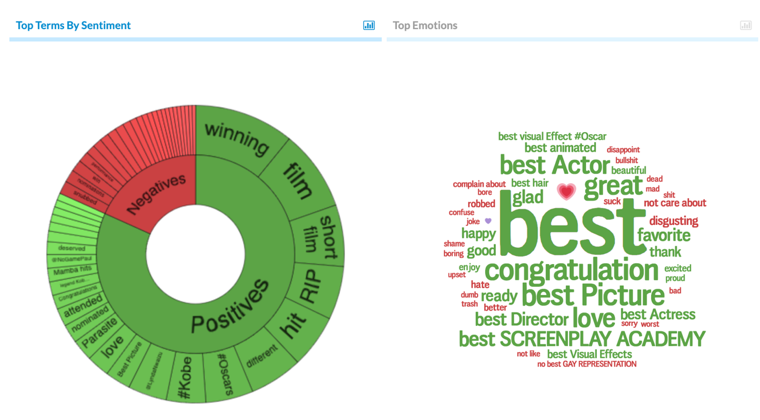 There’s lots of conversation around the “best picture” and “best actor,” of course. But why are those terms capturing more of the conversation than “best actress” or “best cinematography” and what have you? And what’s the negative buzz about anyway? Who was “robbed” and why are more than a few “not caring about” the awards at all?

It’s because they aren’t feeling represented/heard by the Academy. But, who is this “they?”

REVEALING YOUR AUDIENCE OPPORTUNITIES BENEATH THE BUZZ

Although it’s a seemingly small percentage of detractors, those negative mentions represent a wide variety of unmet needs for the Academy to address. Among them, we see a:

And these are the kinds of needs a brand would want to be aware of as it relates to its own consumer base, as these unhappy consumers/viewers offer amazing competitive insight. Their blunt honesty shares raw intel around ways to:

There’s so much to potentially focus on that it can get overwhelming, of course. So, how can you sort out where to start in this next generation consumer and market intelligence fueled world? Well, a nice NetBase Quid combo goes well with that chianti, Clarisse.

If we explore the breakdown on most mentioned topics on this awards’ night, we see some definite clusters of conversation bubbling up on the left of our overarching data visualization: 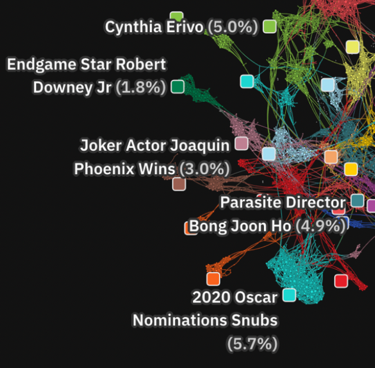 And as we click through and explore each, we can see why – and brands could do the same around their own trending topics! 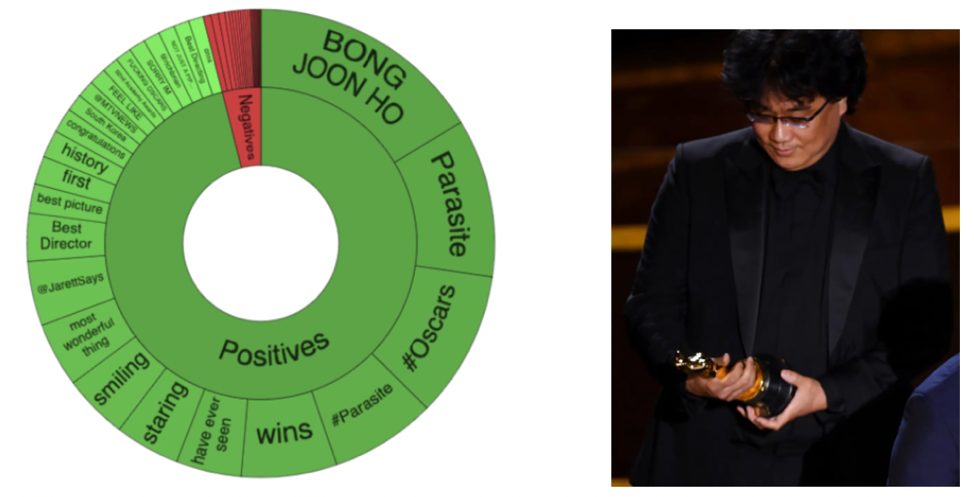 We see Cynthia Erivo gave a moving performance and was nominated for “Actress in a Leading Role” for her work in Harriet. She was also among the “nomination snubs” prominently mentioned:

But we also have sentiment to consider.

And exploring sentiment over the past month provides clues that support some of these remaining popular clusters called out above. We see spikes on January 13, January 27 and the night of the awards themselves. And each speaks to a significantly trending topic.

On January 13, the event’s lack of diversity was very matter-of-factly mentioned, in response to the Academy’s release of the 2020 nominees:

Noticeably, awards attendee and actress Natalie Portman, came to the event ready to do battle on behalf female directors that were snubbed. Unfortunately for the actress, the worm has since turned and the act is being viewed as little more than a publicity stunt. 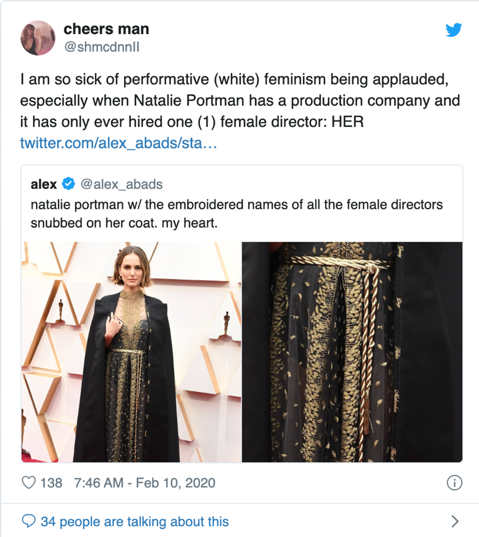 Had the Academy been better aware of its own bias, it could have pushed harder to capture a more diverse group of nominees. What assumptions/misguided beliefs about your audience is your business holding on to? Social listening teamed with market intelligence will set you straight!

The next sentiment/mention spike happened on January 26th, during the Grammys. The same day as the tragic death of NBA legend Kobe Bryant. So, his Oscar-winning short film from 2017 was a huge topic of conversation online that day – and for this event as well.

The Academy was prepared for this, with a memoriam that led with Kobe. But there are always things like this coming up in-the-moment and real-time monitoring is really the only way to be fully aware of what’s going on.

And finally – sentiment on the night itself belonged to Joaquin Phoenix, as did the Best Actor award, which everyone felt was well-deserved.

But seeing a groundswell of support around a handful of Oscar decisions is really cold comfort for an organization steeped in tradition and finding itself falling out of touch with its audience of late. They’re no different from other well-established organizations online, nor are they in an irredeemable position. The move to have pop culture icon Billie Eillish and Finneas perform was masterful, and they can easily create more of that with a little help from social insight. Your brand can too!

If you have any questions or would like to see a demo, you can contact us here. For additional information about Social Media Analytics and the NetBase platform, visit here.