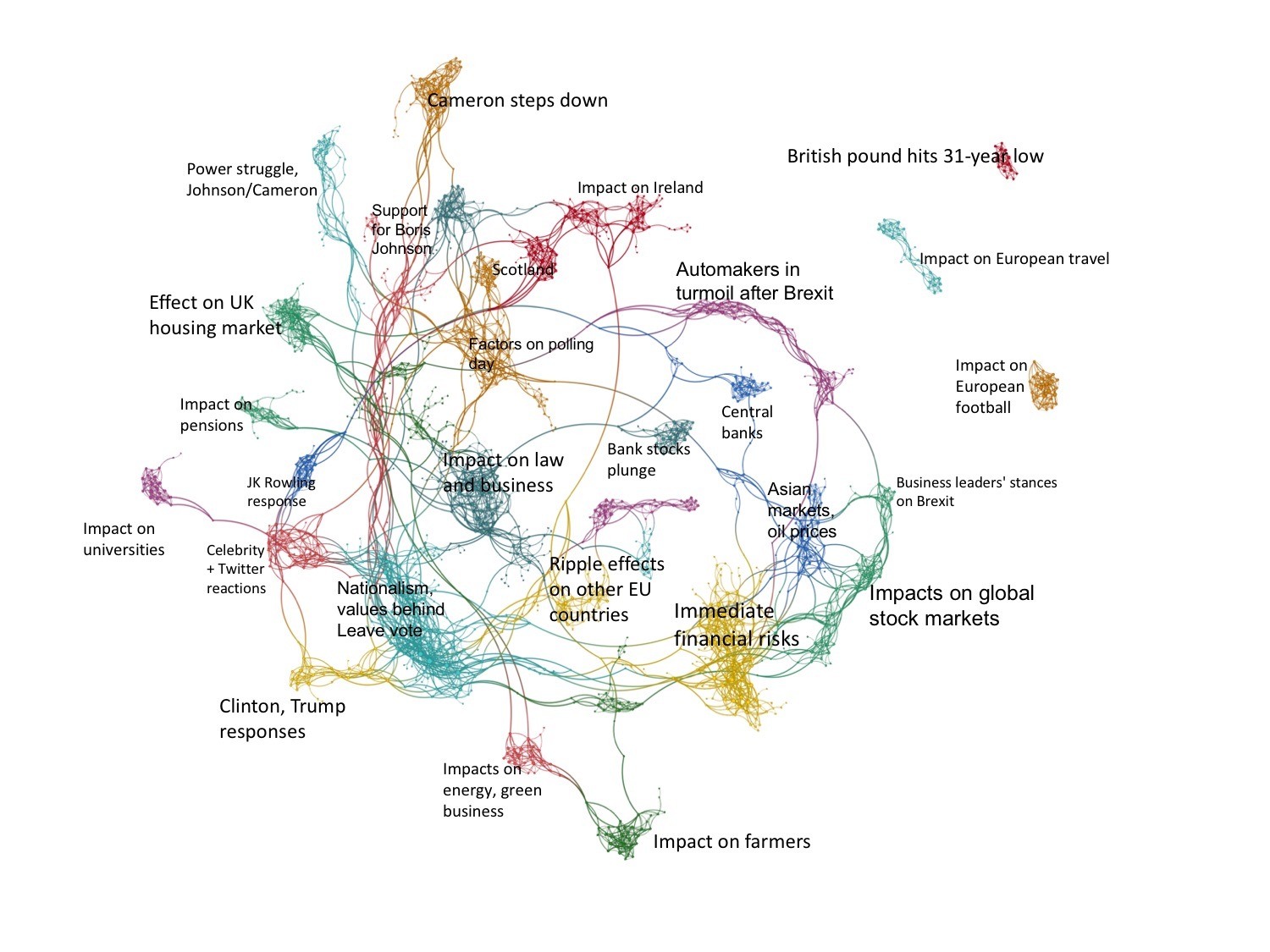 Britain's "Independence Day" has turned into a very expensive day for the rest of the world. On Friday, the day after the UK voted to leave the European Union -- a referendum known as Brexit -- the British pound saw one of its  steepest single-day losses, and financial markets were in turmoil around the globe.

To see the immediate impacts of Brexit more clearly, we ran a query in Quid. What does Brexit mean for Britain's future?

Turns out the decision will affect everything from the UK housing market, British universities and pensions, to travel and European football.

Public figures around the world weighed in, from Hillary Clinton to Donald Trump and even "Harry Potter" author J.K. Rowling, whose remarks generated their own Quid cluster.